Centerpointe Research Institute had its modest beginnings in the fall of 1989.

Bill Harris and Wes Wait, both with a long-term interest in meditation and personal growth, had spent the previous four years testing Holosync® with a small circle of friends.

The idea of using precise sounds to alter a listener’s state of mind came from a 1973 article in Scientific American by researcher Dr. Gerald Oster of Mt. Sinai Medical Center in New York. In this article, “Auditory Beats in the Brain,” Oster describes a characteristic of the brain wherein electrical brain wave patterns resonate to certain precise frequencies when presented with audio tones of certain frequencies. 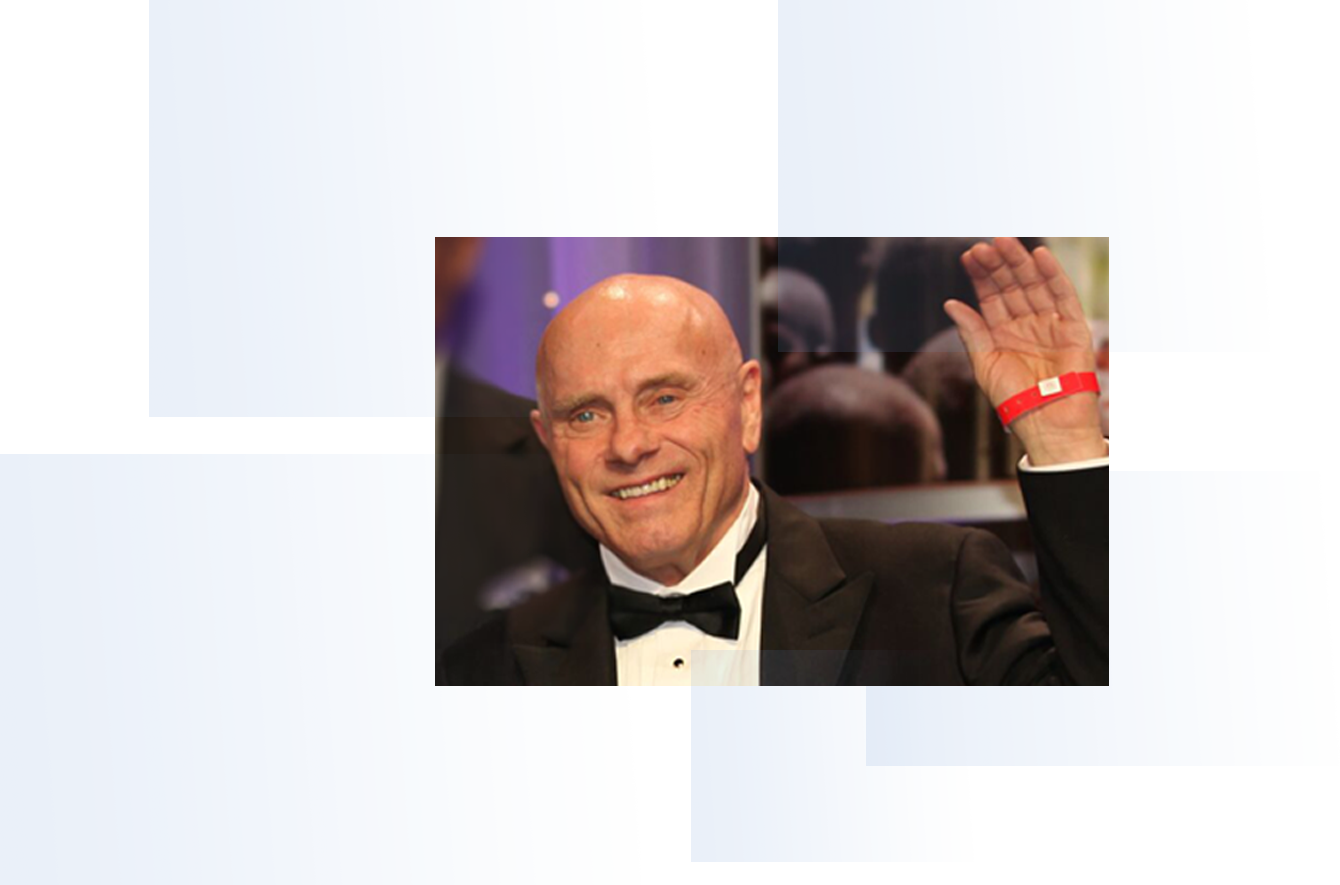 Harris and Wait were also familiar with research done at the world-famous Minninger Clinic and by the Transcendental Meditation movement establishing a relationship between specific brain wave patterns and a variety of states including those of meditation, superlearning, increased focus and concentration, enhanced creativity, and others.

Between 1985 and 1989 Harris, Wait (and, eventually, approximately 150 others in North America and Europe) informally used a forerunner of today’s Holosync and shared their experiences with each other. This early research group experienced what could only be described as profound mental, emotional, and even spiritual changes.

Eventually those in the research group encouraged Harris and Wait to create a structured method for using Holosync​. They did so and in 1989 began marketing Holosync​ to the general public.

The initial idea was to re-create, with modern high-tech methods, the ability to meditate as deeply as those few who are willing to devote many hours each day to meditation, over several decades.

Then, to allow faster changing of unconscious mental programming, they added, beginning with the second level of the program, silent affirmations chosen by the participant and recorded in his or her own voice, and delivered using Centerpointe’s proprietary Autofonix™ silent messaging technology, based on research done at the Medical College of Virginia on methods of communicating with the profoundly deaf. 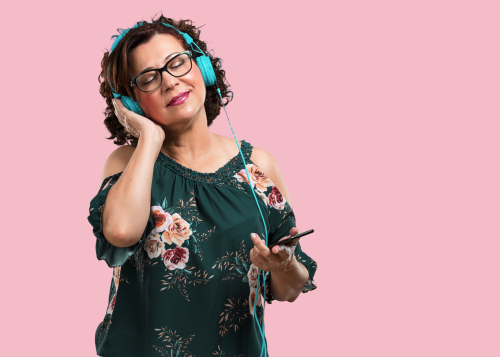 The results were spectacular and participant feedback extremely positive.

Users of Holosync and Autofonix not only reported dramatically better results from their meditation practice, they also reported profound positive changes in physical and mental health, mental clarity, happiness, and inner peace.

To help Holosync users deal with the rapid mental, emotional, and spiritual changes they were experiencing, Follow Up Support Letters were added, along with the ability to speak by phone (and later using email) with Bill Harris (in the early years), and later to a staff of Accelerated Results Coaches. This “high-touch” support has become a hallmark of Centerpointe’s customer care.

Between 1990 and 1993, Bill Harris became aware of the work of Nobel Prize-winning scientist Ilya Prigogine. Prigogine’s work about how complex, non-linear systems evolve and grow provided an elegant explanation of why (and how) Holosync​ creates such profound changes in the brain, leading to life-changing mental and emotional changes. This new paradigm was subsequently incorporated into the Centerpointe support material, greatly increasing its value and usefulness to participants.

In 1994, Centerpointe introduced three new soundtracks as part of the deeper levels of the program (those following Aw​​​​​akening PrologueTM), Immersion 1.5, Immersion 0.5, and Immersion 0.3. These soundtracks expanded the power of each Holosync​ deeper level by taking listeners into the deepest levels of the delta brain wave pattern where, according to our experience with close to two million Holosync​ users around the world, the greatest evolutionary changes happen. This brought the number of custom made soundtracks in each level to six.

Today’s support includes video, audio, and written information, periodic Special Reports about new discoveries in brain science, webinars, as well as other ways of communicating with and supporting Holosync​ users.

In the beginning Centerpointe was, literally, a “kitchen table” operation, with borrowed recording equipment set up on Bill Harris’s kitchen table, and with participants’ names kept on file cards in a small recipe box. The banks of computers and massive racks of recording equipment and server rooms full of equipment were to come later, as the company expanded.

In 1990, Centerpointe Research Institute was formally incorporated in the State of Oregon, and shortly thereafter, Wait sold his interest in the company to Bill to pursue other interests. Soon, Centerpointe began running full page ads in a number of national magazines including New Age Journal, Psychology Today, Yoga Journal, East-West, and Omni Magazine, and Centerpointe began to grow. Over the first four years, sales revenues grew at a rate of 400% per year as people from over 30 countries on six continents joined the program.

In 1996, Centerpointe held its first retreat. Participants from four continents gathered in Oregon for five days of informative speakers, intense listening to Holosync​ soundtracks, beautiful scenery, great food, and fellowship. The retreat was such a success that a second retreat was held in 1997, and twice-annual retreats were held for the next twelve years, drawing people from all over the world.

The next major change in the program occurred in 1997, when Centerpointe began using a proprietary 3D recording process to record the custom levels of the program, causing a reduction in the stress discovered to be a side-effect inherent in stereo recordings when listened to with headphones (which are required for Holosync​).

Centerpointe eventually ceased our national magazine ad campaigns and began creating joint venture relationships with other major players in the personal growth field, including Tools for Exploration, Learning Strategies Corporation, Sedona Training Associates, ConsciousOne.com, dream builder expert Mary Morrissey, noted author and philosopher Ken Wilber, Jack Canfield (co-author of the Chicken Soup for the Soul series), bestselling authors Gay and Kathlyn Hendricks, Gateways Mind Tools, and many others. Today Centerpointe is endorsed and promoted by hundreds of other personal and spiritual growth teachers, as well as by therapists (including those at Veterans Hospitals), several Zen masters and Zen teachers, a number of prominent doctors (including Daniel Amen, M.D., Mark Hyman, M.D., Sara Gottfried, M.D., and many others.)

In 1997, in an effort to meet the needs of its growing international participant base, Centerpointe launched its first web site and is now one of the most popular personal growth sites in the world.

By 1997 Centerpointe had grown so much that it became necessary to move the company to new and larger quarters. A building was purchased and renovated, the staff was doubled, and the recording studio capacity was tripled to handle the flood of orders for custom program levels pouring in from all over the world. Later, in 2003, Centerpointe again moved its headquarters to an even larger facility.

In 2003 Bill Harris published his second book, Thresholds of the Mind. With approximately one million copies in print, Thresholds of the Mind is considered by many to be among the best personal development books ever written. Today all Holosync users receive a free copy with Awakening Prologue​. Also in November of 2003 Bill gave a three hour address to the United Nations Values Caucus.

In 2004, Bill became a founding member of the Transfomational Leadership Council, started by Chicken Soup for the Soul series co-author Jack Canfield. He was also asked to be an inaugural member of Ken Wilbur’s Integral Institute. Over the years Bill has also become a sought-after speaker and workshop leader, and has shared the stage with the Dalai Lama, Stephen Covey (author of 7 Habits of Highly Effective People), Richard Branson, Jack Canfield, Zen Master Genpo Roshi, and many other notables.

Today Centerpointe has grown to be one of the largest personal growth companies in the world, with over two million Holosync users in 193 countries. Because of the huge success of Holosync and Centerpointe, Bill had the privilege of donating millions of dollars to several charities helping inner city children and other children in need, and has also built two schools in Africa.

It’s mind-boggling to us when we look back and see how far Centerpointe has come from its humble “kitchen table” beginnings. For that we must gratefully thank the many Centerpointe program participants all over the world who, as in any successful company, are the real reason for our success.

The Vision and the Legacy 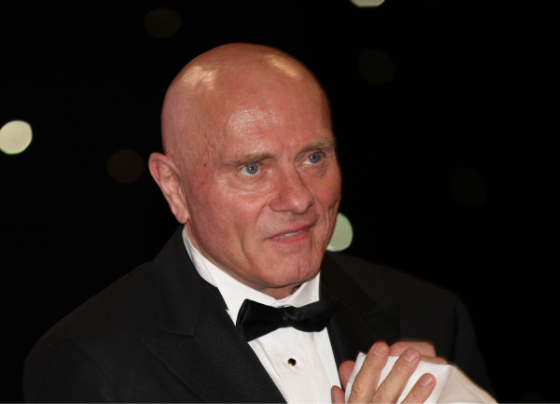 We lost Bill in May of 2018, after a sudden and unexpected battle with cancer. Fortunately, Bill had worked for a long time prior to his cancer diagnosis on a long-term strategy for Centerpointe.

While we couldn’t have predicted the untimely loss of our friend and leader, we work diligently and with great passion to ensure…

…his powerful legacy lives on.

In January 2019, we launched Bill’s grand vision. The web platform you are now on is the culmination of Bill’s rigorous journey over three decades, which led him to real and powerful solutions that work in every area “planet,” of your life. Here, you’ll meet some of the world’s leading experts on health, wealth, relationships, emotional healing, spiritual growth, and more.

You’ll always find powerful new information and resources that you can apply TODAY to make your life happier, healthier and more extraordinary.

A Story Without an Ending

This is a story without an ending. As new developments in the on-going saga take place, we will add to this history. If you are already a Centerpointe program participant, we thank you for your support. If not, we hope you will become a participant and find out for yourself just how incredible Holosync technology, and the program we’ve created around it, can be in changing your life. If you haven’t yet experienced our free demo, we invite you to listen now, or to visit any of the other pages on this site.